To keep up early momentum, local beer writer Alec Latham released ‘A Short Beer History of St.Albans’, telling the story of ale in the historic city; home to many traditional pubs and indeed the Campaign For Real Ale. 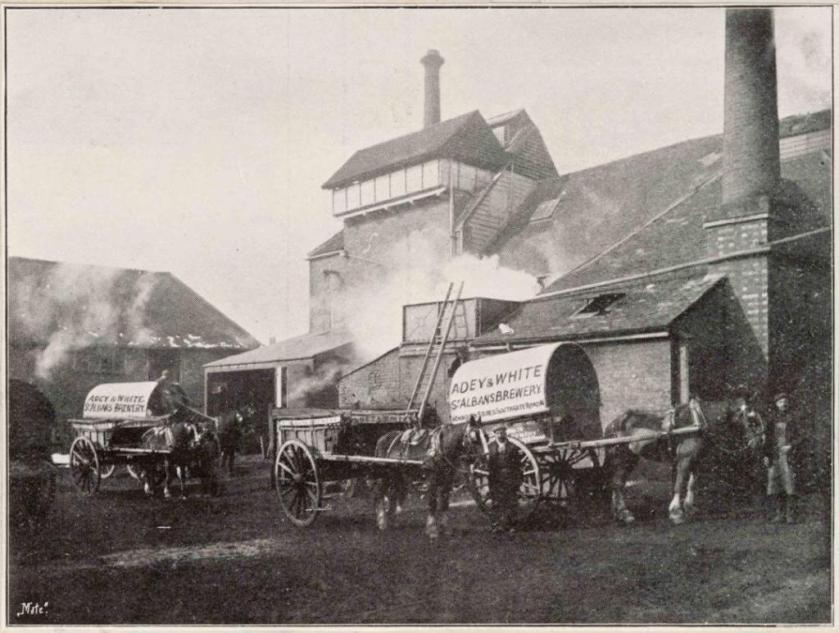 A week to the day of the epic Hemel crawl, Mid-Chilterns CAMRA were at it once again, this time with a jovial crawl through Chesham. Days later Alec Latham released his second blog exploring ‘Five Beers That Make Hertfordshire‘.

McMullen’s, Pope’s Yard, Paradigm, Mad Squirrel and Tring Brewery all stood to define beer and brewing across the county. 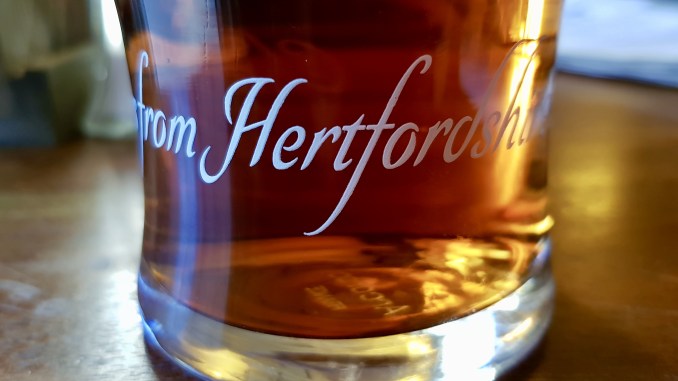 On Wednesday 18th, a sold-out crowd of 30 attendees huddled into the backroom of The Rising Sun Pub in Berkhamsted, for a special collaborative pairing.

Nigel Oseland from BerkoBeerFest teamed up with Mark (culinary genius at ‘The Riser’), curating six beer and food matches. Sour beers, smoked ales and weizenbier were paired with the likes of salmon blinis, thai chicken skewers and stilton cheese – with vegan options available for all!

Roger Protz (Founder of the British Guild Of Beer Writers) was joined by landlord Christo to give impassioned speeches about St.Albans’ beer scene. 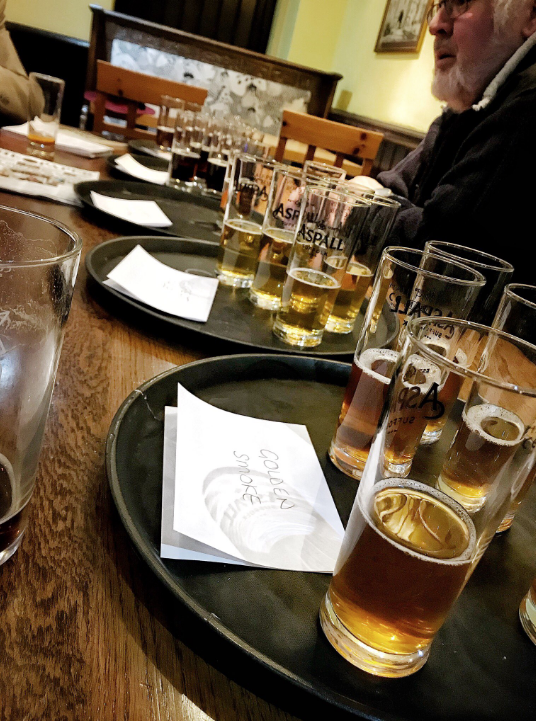 As beer lovers were crawling Berkhamsted, The Mikkeller Running Club St.Albans (a beer & fitness group) turned out in record numbers for a special 5K run, commencing and concluding at Tring Brewery. All runners took part in a brewery tour and tasting session, featuring the exclusive launch of Tring’s Tryanuary ale.

Alec Latham kept us educated, publishing his third Trynaury blog ‘A Short Beer History Of Watford’, telling of the mighty brewer established in Hertfordshire’s largest city, and of promising times to come.

Pushing into the last week of the month, Mad Squirrel took over the D20 Games Café in Watford for another sold-out Tryanuary event. Tim from Mad Squirrel took the drinkers through a series of ales using his Sommelier knowledge, exploring the differing styles of Mad Squirrel beers.

On Saturday 26th a ‘Beer & Biltong’ session attracted 30 visitors to Tring Brewery, pairing 5 different ales with just as many cuts of South-African cured meat. The event closed with the launch of ‘Death Or Glory Biltong’. Believed to be a commercial world first, the meat was cured at The Original Biltong Company’s location in Chesham, using Death Or Glory barleywine and Mexican Guajillo chillies.

More Tryanuary literature was released this week, with Alec Latham telling of ‘Six Hertfordshire Beer Haunts’. Acting as a visitor’s guide to the county, Alec explores beery hot spots for those travelling through Herts.

In the final week of Tryanuary a dedicated ‘Hertfordshire Day’ showcased some of the county’s best brewers across the campaign’s social media accounts, with the spotlight on both Pope’s Yard and New River Brewery.

On the penultimate day of the campaign Alec Latham released the final part of his five-part series. ‘A Short Beer History Of Ware’ unveils the town’s historic significance, at one point the ‘world epicentre of malting!’

Drawing this month to a close I would like to acknowledge all of the donations, campaigning, events and launches that have made this year the most successful #Tryanuary yet!

Thank you in particular to Alec Latham and Johan Conway who have been in my team of Hertfordshire volunteers, proudly waving the banner for our county.

Thank you to the local beer scene made up of amazing pubs, bars, brewers and drinkers who have shown that even during the toughest month of the year; Hert’s beer scene is getting stronger by the day.

A new blog with irreverent beer reviews and industry observations. View all posts by onefortybeers